Around 100,000 people die from drug overdoses in Russia every year, worrying statistics from the country’s Federal Drug Control Service have revealed.

“28.7 people out of 100,000 among [the] urban population have died from overdose and drug related diseases in 2013. That’s 2.7 times higher than a year before,” Olga Mishina, deputy head of the Federal Drug Control Service, said, as quoted by Itar-Tass news agency. 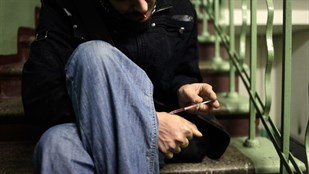 The social groups that are the most vulnerable to narcotics are young people and teenagers, she stressed.

Mishina was speaking at the annual All-Russian Congress of the Anti-Drug Volunteer Movement, which took place on the shores of Lake Baikal in the Irkutsk Region on July 1-7.

Rehabilitation and socialization of drug addicts were among the main subjects discussed during the event.

According to Mishina’s data, many try out drugs for the first time at the age of 11 or 12, while becoming acquainted with toxicological substances even sooner, at 9-10 years of age.

About 18 million people in Russia have tried drugs at least once in their life, with around eight million using different narcotics with varying degrees of regularity.