Crackdowns on prescriptions are sending addicts to find a fix in the street. But drugs there are more often being made with rapidly fatal doses of fentanyl.

As health officials battle increasing mortality associated with heroin and prescription opioids, an even more dangerous group of street drugs has appeared on the scene. From Seattle to Syracuse, authorities are reporting a spike in overdoses of fentanyl, an opioid 25 to 50 times stronger than heroin; in Canada, four pounds of a drug called W18, which is 100 times stronger than fentanyl, were recently seized.

These drugs — which act so quickly that they can be used in anesthesia— are now being made in clandestine Chinese and American labs. Fentanyl and similar derivatives are then sold either as heroin, in the form of fake Oxycontin pills, or scarily, sometimes even in pills made to look like anti-anxiety medications such as Xanax.

The problem has caught law enforcement officials and politicians off guard. But to anyone who has studied the history of drug policy, it was completely predictable. 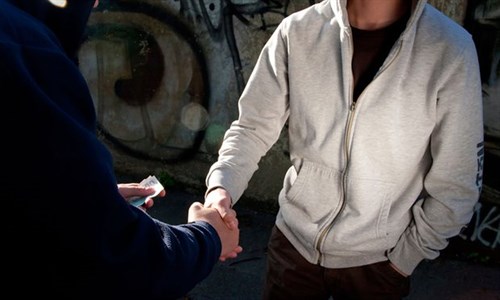 It’s known as the “iron law of prohibition” or, as activist Richard Cowan, who coined the phrase, put it: “The harder the enforcement, the harder the drugs.” It’s been demonstrated throughout the history of drug policy: the more authorities target a class of drugs, the more potent and dangerous the versions on the street become. Under alcohol prohibition, bootleggers preferred to sell whiskey and gin, not beer and wine; during the cocaine years, dealers switched from selling powder that was used typically for snorting to selling crack, which can only be smoked, a much more addictive way of using the drug.

From dealers’ business perspective, then, switching to fentanyl makes total sense: the smaller the amount needed to get high, the tinier each package is and the lower the risk of getting busted. But from a public health perspective, it’s a disaster.