Why Does The United Nations Find It So Hard To Talk About Drugs?

I have just watched the closing plenary session of the 2016 UN General Assembly Special Session on the world drug problem here in New York. Presidents and Prime Ministers will now move on to the climate change summit that opens tomorrow, and the thousands of government and NGO delegates who have filled the UN building in Manhattan over the last 3 days will catch their flights back to all corners of the globe. So was it worth it – three years of preparation, tens of millions of dollars of travel and meeting costs, and countless hours of debate and negotiation. Is the international community any better placed to reduce the health, social and economic problems associated with illicit drug markets?

Judging by the consensus declaration agreed here by all member states, the answer has to be no. It is 14 pages of dense text that, despite some welcome statements on some issues, is broadly a recommitment to current policies, and fails to engage with the serious questions facing a drug control regime that is no longer fit for purpose. 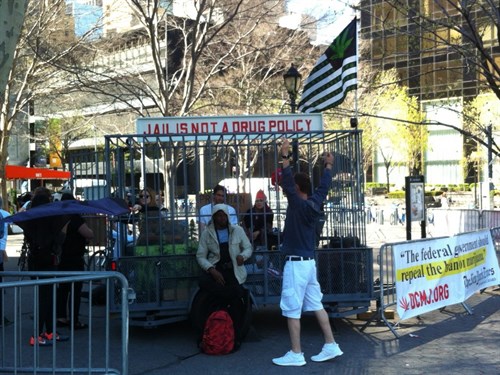 There have however been some signs that the presumption in favour of repression and law enforcement approaches to drug markets and drug use is breaking down. A strong opening speech by Margaret Chan (Director General of the World Health Organisation) set the tone for many, by making a clear call for prioritising resources and attention to protecting the health of drug users, rather than criminalising them. Many countries took up this theme, some specifically calling for decriminalisation of drug consumption, and others condemning the application by repressive regimes of the death penalty for drug offences. In a sign of the growing rift between reforming and hardline countries, Indonesia responded with a statement on behalf of a group of around a dozen death penalty states, arguing that the use of the death penalty was effective, and it is the sovereign right of governments to decide whether to use it.

A small number of progressive member states went further in their calls for an entirely new approach. Leaders from Colombia, Bolivia, Uruguay, Mexico, Jamaica, the Czech Republic, New Zealand and Canada, for example, all made it clear that they favoured urgent and significant reforms – including the introduction of regulated markets – and some of them will continue to pursue these reforms, despite the lack of agreement at UN level.