How the War on Drugs Attacks Indigenous Culture

In an ongoing and under-publicised tragedy, indigenous peoples around the world routinely have their rights violated under the name of the global drug war.

This year marks the 12th anniversary of the United Nations’ Declaration of the Rights of Indigenous Peoples (UNDRIP), originally intended to uphold “minimum standards for the survival, dignity, and well-being of the indigenous peoples of the world”.

UNDRIP’s Article 5 states that indigenous peoples have a right to “maintain and strengthen their distinct cultural traditions”, yet this right is routinely violated by the drug war, particularly in the Americas. The coca plant – from which cocaine is produced - has long-been used for medicinal and cultural purposes by indigenous Andean People, however, due to international drug treaties that prohibit such practices, these communities face criminalisation and loss of livelihood. Coca fields have been systematically poisoned, burnt, and destroyed in Colombia and elsewhere in Latin America by both national and international actors. 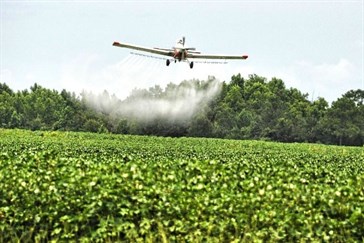 Article 7 of UNDRIP stipulates indigenous peoples’ right to “life, physical and mental integrity, liberty, and security of person”, and it is here that the brutality of the drug war is most apparent. Caught in the crossfire between drug producers and law enforcement agencies, indigenous people inhabiting fertile crop-producing land are among those who suffer the most.

From the Americas to southeast Asia, indigenous people regularly face being forced from their land by cartels, being poisoned by toxic spray designed to destroy drug harvests, and – in countless instances - being killed by the very governments supposed to protect them. The drug war is ravaging the life, liberty, and security of indigenous people the world over. 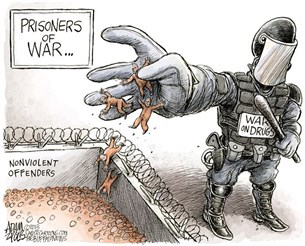 Indigenous people in many countries are also disproportionately criminalised by the drug war. In the US and Canada, indigenous people have been shown to be vastly overrepresented within the prison population in general – but particularly in the number of people prosecuted for non-violent drug offences.