Almost 20 per cent of US drug control spending goes on attempts to intercept shipments, with a ‘dismal’ success rate

The US spends almost $5bn (£3.8bn) a year attempting to intercept shipments of illegal drugs from Central America, but despite the enormous outlay, the quantities of cocaine delivered to the country have continued to rise.

One of the main focuses of American spending is the “transit zone” between Central American sources and US markets. Around $4.7bn (£3.6bn) - or around 18 per cent of total federal drug control spending - was allocated to interdiction in 2016. 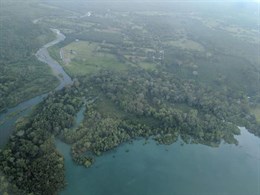 But a new study, which simulated the complex dynamics between drug traffickers and US drug control efforts in Central America, suggests the efforts of successive US governments have led to a “cat-and-mouse arms race”, in which traffickers have massively expanded their networks of operations in ever greater efforts to out-manoeuvre authorities.

“Wholesale cocaine prices in the United States have dropped significantly since 1980, deaths from cocaine overdose are rising, and the dismal rate at which counterdrug forces intercept cocaine shipments is well documented,” the study’s authors said as their research was published in the Proceedings of the National Academy of Sciences journal.

Their model could also serve as a “virtual laboratory to explore the effects of alternative drug policy scenarios”, they added.