Bolsonaro’s Cabinet Crusade Against Cannabis is Racist and Classist

The authors of a new government report claim that the debate on legalisation needs to be neutral. From a semiotic point of view, though, a picture of a person covering their face in signal of distress while rejecting a bag containing what seems to be cocaine powder in a primer with arguments against the legalisation of cannabis does not look neutral.

In a context when several countries and jurisdictions are reviewing and transforming their drug policies, the Brazilian crusade against cannabis is a strong ideological component in the promotion of the long failed war on drugs as the only possibility for eradicating crime and violence. This right-wing campaign breaches the rights of people whose lives depend on medical cannabis. This is an immediate consequence of peak bolsonarism:hampering access to lifesaving medicine with one hand and promoting unevidenced treatments during a global pandemic with the other.

Efforts to legitimise the criminalisation of cannabis through primers and conferences are draped in the guise of scientificism, filled with misapplied statistics and deliberately flawed interpretations. Biased “science” is mobilised to condone the worst practices in drug policy in Brazil; it bears repeating that the censorship of Fiocruz’s study on people who use drugs by ex-president Michel Temer’s cabinet in 2017 set a precedent in the escalating efforts to justify and revamp the war on drugs in Brazil.

Since the vote against the rescheduling of cannabis at the UN convention in December 2020, the Brazilian government has acted through its Ministry of Citizenship and the Ministry of Women, Family, and Human Rightsto combat the progressive efforts for decriminalisation of the plant. 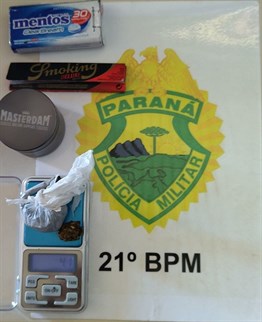 In March, the Ministry of Citizenship published another primer with arguments against the legalisation of cannabis. It’s the second primer on the alleged risks of using cannabis released by the Brazilian government since December 2020. Again, we have to mind the language of the document, starting from the title: “Arguments Against Maconha Legalisation. In Search for the Lost Rationality: An Approach Based on Scientific Evidence”.

Let us start with the choice of the word maconha, which is the popular term for cannabis all around Brazil. It’s a charged term, though, that carries a long history of association with crime and anti-social behaviour. The word comes from the kimbundu makanha, and it tells a story of racism. The first laws enacted and enforced against the use of cannabis in Brazil are from the nineteenth century and were drafted to keep enslaved Africans from smoking it. The term cannabis would add a more balanced, unbiased frame to the title, and would evoke the idea of legalising a substance, and not a street drug stigmatised for a very long time. I do not believe the term appears in the title just by chance. Its performativity is clear and overt.