How Fear, Misinformation, Stigma Have Devastated US Pain Patients

Tamera Lynn Stewart had been taking prescribed opioids for 12 years to treat her chronic pain, following some cancer-related surgeries. Then one day in April 2018, her doctor told her he could no longer maintain the treatment that had worked so well for all those years.

I’m so sorry to tell you, but the state law is changing, and your dose was seven times higher than the dose Oklohoma law is going to [permit], Stewart recalled him saying. I have to have your doses reduced by November. 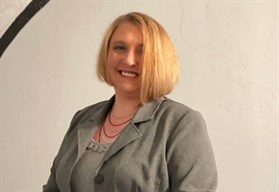 Over the next five months, her dosage was dropped by hundreds of units, measured in morphine milligram equivalents (MME). The consequence: “My health deteriorated so bad,” she said. She developed chest pain “because my heart was not handling the extra pain,” and her blood pressure soared. To address the additional pain caused by the rapid reduction of the single opioid medication, she says she was prescribed five non-opioid drugs and had to see a gastroenterologist due to the cocktail’s damage to her digestive system.

Additionally, her mental health declined. She was unable to provide for her family members the way she’d like. “I basically laid in bed and cried.”

The new law’s language seems to have spooked her doctor.

No state law required her doctor to forcibly taper her dosage. But then-Governor Mary Fallin had just signed into law Oklahoma Senate Bill 1446, which imposed new opioid prescribing regulations aimed at discouraging this form of treatment for pain.

Fear, in Stewart’s opinion, drove her doctor’s decision. “It had enough big scary words that all the doctors thought that meant they had to reduce every dose under a certain point and try to get as many patients off of pain management as possible.”

The bill made prescribing more than 100 MME legally risky for practitioners. Stewart had been on nearly seven times that. The statute only granted greater leniency for patients in “active treatment for cancer,” not former cancer patients like herself. Her pain treatment was working for her, but the new law’s language seems to have spooked her doctor.

What happened to Stewart is an increasingly common experience among chronic pain patients across the United States.

No formal legal structure incentivizes those registered with the Drug Enforcement Administration (DEA) to handle controlled substances—prescribers, pharmacists and suppliers—to ensure that the people who need opioids can access them. Governments of all scales consider opioids more of a liability than an asset. And in a health care system where profit outweighs people, it’s no wonder that registrants have abandoned pain patients.