Twenty years ago, AT Forum published an interview with Vincent P. Dole, MD, about his vision for methadone maintenance treatment (MMT). The interview was full of hope that methadone treatment would be better accepted in coming years. But in the past two decades, little has changed, and he would have been disappointed.

Dr. Dole’s hope was that the younger generation of physicians would be better educated about MMT, easing access to treatment and doing away with the stigma associated with medication-assisted treatment for opioid addiction.

Heroin addiction came to the attention of Dr. Dole, a researcher at The Rockefeller Institute for Medical Research in New York City, in the early 1960s. (In 1965 the Institute became The Rockefeller University.) Unlike the prevailing viewpoint, which was that addiction was a criminal behaviour issue, or at best a lack of willpower, Dr. Dole proceeded upon the assumption that addiction is a disease. He changed the focus of his laboratory from obesity to heroin addiction, and looked at new pharmacological approaches to heroin addiction. 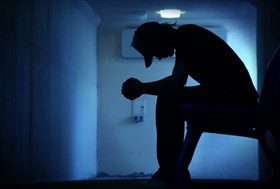 In 1963 Dr. Dole recruited psychiatrist Marie Nyswander, MD, who later became his wife, and clinical investigator Mary Jeanne Kreek, MD, and the next year, they started studying heroin addicts. Within six months they established that methadone, a synthetic opioid that had been used for short-term detoxification in a few clinics, could be used as a maintenance medication. Their studies showed that methadone is long-acting, prevents withdrawal symptoms, and relieves craving, while at the same time—at appropriate dosages—blocking the effects of euphoria from heroin and other opioids.