Indonesia took several people convicted of drug offenses, lined them up before a firing squad, and shot them dead.

They were the latest victims of the draconian drug policies implemented by President Jokowi, who resurrected capital punishment when he took office in 2014, and who had 14 people executed for drug crimes last year.

Indonesia’s turn towards the death penalty for drug offenses speaks to a disturbing trend that is perhaps most starkly illustrated by the country’s island neighbor to the north, the Philippines. In April, while speaking on a UN panel about drugs and capital punishment, I sat alongside the Philippines ambassador as she explained why her government had abolished the death penalty in 2006.

With her words still fresh in my mind, it was with profound sadness that I watched the ascension of Rodrigo Duterte to the Philippines presidency some weeks later. Duterte is a hard-line strongman who came to power on a platform that reinstates capital punishment and actively encourages police officers, and even private citizens, to go out and kill people involved in the drug trade. 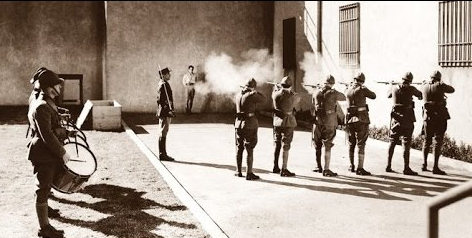 President Duterte was inaugurated on June 30, and in his first month in office, we have witnessed what can only be described as state-sanctioned criminality on a mass scale. Reports detail up to 300 people murdered in the streets this month alone, a figure thought to be conservative as it reflects only those killed in police operations, and not those perpetrated by armed vigilante groups egged on by the president himself.

A local newspaper even maintains a regularly updated kill list, providing an ongoing, gruesome catalogue of the slaughter. Such open brutality in the name of “fighting drugs” has not been seen since 2003, when the government of Thailand murdered 2,000 alleged drug dealers in a three-month killing spree widely condemned by human rights organizations and UN bodies.

While the ongoing abuses in the Philippines and Indonesia are extreme, they are unfortunately not unique. Indeed, the body count in the global war on drugs keeps climbing week after week, year after year. Just this week, Iran Human Rights reported that at least 250 people were executed in that country in the first six months of 2016, half of them for drug offenses. Iran therefore maintains its place as one of the small group of nations—along with China, Saudi Arabia, Indonesia, Singapore, Malaysia, and Vietnam—that executes drug offenders in staggering numbers.

But the drug war body count extends beyond state-sponsored violence.