Left Behind: Why the Global HIV Response Is Failing People Who Use Drugs

Despite the visibility that the 21st International AIDS Conference generates, those working on HIV and injecting drug use were sorely disappointed by the lack of attention given to drug use issues, including harm reduction.

Earlier this month Durban, South Africa hosted the 21st International AIDS Conference, bringing together thousands of people working to end AIDS globally. Held every two years, the conference is critical for keeping the fight against HIV on the world’s agenda, and for working towards the Sustainable Development Goal of ending AIDS by 2030. Yet despite the high visibility that the conference generates, those working on HIV and injecting drug use were sorely disappointed by the lack of attention given to drug use issues, including harm reduction. More worryingly, this omission from the AIDS conference programme reflects the increasingly invisibility of drug use issues within the wider global HIV response. 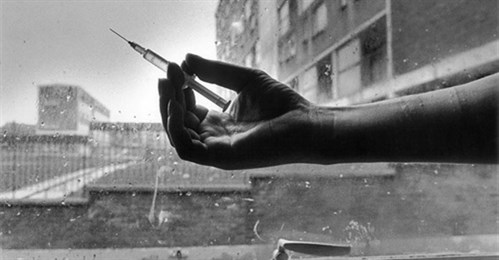 People who inject drugs are considered a ‘key population’ in the global HIV response - meaning that ending AIDS among them is vital to ending AIDS everywhere. Harm reduction, which includes interventions such as needle and syringe exchange and opioid substitution therapy, is the most cost effective way to achieve this. Research recently conducted by Harm Reduction International and the Burnet Institute found that an annual investment of USD 2.5 billion until 2030 - amounting to just 2.5% of the USD 100 billion that is spent each year in the largely ineffective “war on drugs” - could cut new HIV infections among people who inject drugs by a phenomenal 80%. An investment of USD 7.5 billion would go even further - effectively ending AIDS among people who inject drugs.

But harm reduction remains grossly underfunded. In fact, if its scale-up continues at the current pace, it will be 2026 before every country which reports injecting drug use has even one programme in place. It is therefore no surprise that the UN target to halve transmission of HIV among people who inject drugs by 2015 was not only missed, but missed by a staggering 80%. Meanwhile, the new UN Political Declaration on HIV and AIDS, adopted just two months ago in New York, has no target at all for people who inject drugs.