France: the changing characteristics of people living with HIV on hepatitis C treatment

Fewer people living with HIV and hepatitis C (HCV) who have a history of injecting drug use and unstable housing are on newer, more effective HCV medication, new research from France finds.

The study is the first to assess the characteristics of people co-infected with HIV/HCV during two eras of HCV treatment: when medication consisting of pegylated interferon (PEG-IFN) and ribavirin was the standard of care, and when more effective, better tolerated and faster acting direct-acting antivirals (DAA) became available. As pharmaceutical companies continue to charge high prices for DAAs, many governments limit access to this medication.

Researchers aimed to compare the socio-behavioural characteristics of HIV/HCV co-infected patients initiating HCV treatment between the PEG-IFN and the DAA eras.

Researchers enrolled people co-infected with HIV/HCV between 2005 and 2016. During the study, health policy in France dictated that people with HCV were assessed for treatment on a case-by-case basis, although in May 2016 the government shifted its position to guarantee universal access to treatment. 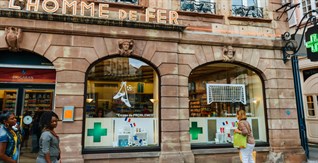