Give a mother the chance to hold her child again.” So reads a petition, launched on August 15, to free Tameka Drummer from prison in Mississippi. Drummer, a 46-year-old Black woman, is serving a life sentence after being caught in possession of marijuana.

“Tameka has been in prison since she was 34 years old,” reads the petition, created by Jacqueline Temple. “Her youngest child was 4 when she was arrested. In April her child turned 16. The only hope for Tameka to ever leave prison alive is for you, Governor Reeves, to pardon her, grant her clemency or commute her sentence.”

Drummer, the petition describes, was pulled over for a missing license plate in 2008 in Alcorn County, Mississippi. The police searched her car, and found less than two ounces of marijuana.

How could that have resulted in a life sentence? Blame Mississippi’s “habitual criminal” laws. Essentially, these direct judges to impose severe and lengthy sentences when someone has at least three felony convictions. 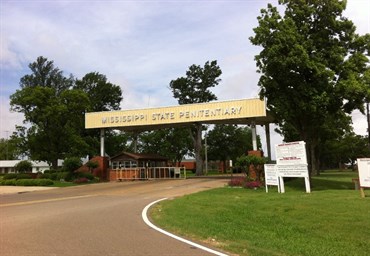 As The Appeal has explained, this works two different ways in Mississippi. If you have at least two prior nonviolent felony convictions, the judge must sentence you to the maximum statutory sentence for a third offense. But if at least one of your past felony convictions was “violent,” you must be sentenced to prison for life without parole.

In Drummer’s case, she had two prior felony convictions: a drug charge and a charge categorized as violent. A felony marijuana conviction therefore triggered her automatic life sentence.

It’s important to note that Mississippi’s definition of “violent” might not be the same as yours. The state classifies offenses like driving under the influence and burglary as “violent,” even if no actual violence is involved.

Defendants are not automatically tried as “habitual criminals” after their third offense, however. Prosecutors can decide whether or not to take this route—and may use the option to intimidate defendants into accepting plea deals to avoid decades in prison.

Mississippi’s habitual criminal laws have had devastating effects. A November 2019 analysis revealed that over 2,600 people have been incarcerated under these statutes: 906 people were serving 20 years or more in prison, and 439 people were serving life sentences. There are 78 people who are serving life sentences only for drug charges. The racial disparities are also shocking: 75 percent of people serving 20 years or more under these laws are Black men.

As for newly elected Governor Tate Reeves (R), his position on these issues is spotty at best. He has said, “We have people in prison today that do not need to be there.” But he recently vetoeda proposed bill that would have increased parole eligibility for people serving long prison sentences. And as Lieutenant Governor, he repeatedly killed other legislative efforts to reform the habitual criminal laws.

Mississippi lawmakers like Representative Nick Bain (R-Corinth) have introduced other measures, like HB 1024, to mitigate the state’s overcrowded prisons and extreme sentencing practices. So far, they have not succeeded. But efforts like the current petition can continue to pressure them and Governor Reeves to use the powers they have to free people like Tameka Drummer.