Philippines death penalty: A fight to stop the return of capital punishment

Capital punishment opponents expect a steep battle to prevent President Rodrigo Duterte from reimposing the death penalty, as he renews calls for the law as part of a "drug war" that has already killed thousands of Filipinos.

Few were surprised when Mr Duterte last month pushed, once again, to reintroduce the death penalty for drug offenders. 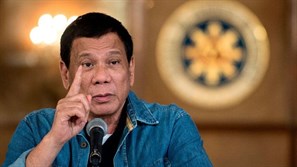 Since coming to power in 2016 he has waged a brutal crackdown on suspected drug users and dealers, issuing police with shoot-to-kill orders while encouraging citizens to kill drug users too. 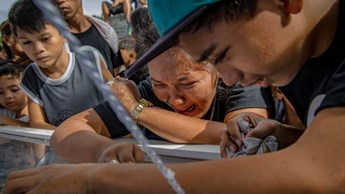 Officially the police say they shoot only in self-defence and data shows more than 8,000 people have been killed in anti-drug operations. The nation's human rights commission estimates a toll as high as 27,000.

The piling bodies have been documented by photojournalists whose images of dead suspects face-down in pools of blood after a police raid, or strewn on streets in suspected vigilante murders, have shocked the world.

"The death penalty would give the state another weapon in its ongoing war against drugs," said Carlos Conde, Philippines researcher for Human Rights Watch.

Mr Duterte was restrained, at first, by the upper house of parliament. But last year's mid-term elections saw his allies win control of the senate and many fear the law could now be passed.

Twenty-three bills have been filed across both houses to reinstate the death penalty for drug crimes, including possession and sales. Committee deliberations began last week.