Hundreds of people addicted to heroin in the UK are benefitting from a free legal supply of the drug, new figures show.

The Independent can reveal that 280 people received a prescription for diamorphine – medical-grade heroin – in 2017-18, via a freedom of information request to Public Health England (PHE) by Release, a drugscharity offering legal advice and support. 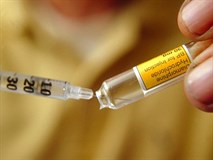 Under PHE guidelines, diamorphine is usually offered as a last resort after other forms of treatment, such as methadone and buprenorphine, have proven unsuccessful.

“I’ve seen firsthand how diamorphine could help people recover to the point where they were able to work, experience liberation from a cycle of repeated criminal justice involvement, be present for their families, and have hope where previously there was none,” said Dr Prun Bijral, medical director at the UK’s largest third sector drug treatment provider, Change Grow Live.

But the treatment is “under threat” due to severe cuts to drug services and the planned removal of the Public Health Grant, said Niamh Eastwood, chief executive of Release, which often works with people who fear having their prescription removed.
“Any decision to remove this treatment could lead to more people dying,”said Ms Eastwood, referring to Thursday’s figures showing drug-related deaths remained at the highest level since records began, with a 16 per cent spike in 2018.

The UK has provided heroin users with diamorphine since 1926. Often referred to as the British System, the practice was the country’s main form of treatment until 1967, during which period the number of known heroin users rarely rose above 1,000.

“We led the world in providing diamorphine under the British System; a pragmatic and reasoned approach to a serious issue,” said Dr Bijral. “Diamorphine is just another opioid medication, used in every hospital, every day, and has been an essential medication for well over a century.”