The doctor who cut off the pain meds had been hired by the state after he was barred from working in emergency medicine for neglect and misconduct in a private emergency room.

Dr. Michael Salvana began to realize what kind of doctor he wanted to be on the third floor of a Post Office building in Cairo, Illinois. Fresh out of medical school in 1989, Salvana was stationed in the dilapidated city at the state’s southernmost tip through the National Health Service Corps, which footed the bill for his education. At the intersection of the Mississippi and Ohio rivers, developers had long ago eyed Cairo as the next big port town, but the city had been steadily abandoned by residents and government resources alike, leaving behind shuttered factories and boarded-up blocks.

By the time Salvana arrived, the only hospital in town was closed and vacant, so a community clinic set up shop above the Post Office. Salvana’s patients were some of the city’s poorest remaining residents, with complex medical issues that echoed the years of segregation, failures of local governance and blight left behind. 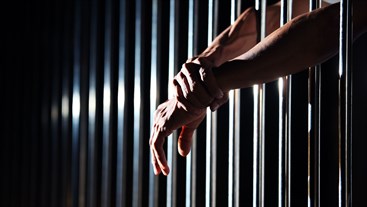 More than two decades later, Salvana was treating a similarly neglected population of patients, in another town with a borrowed name from a far-off city: Rome, New York. There, Salvana became the director of the Walsh Regional Medical Unit (RMU), housed in a medium security men’s prison and home to some of the state’s chronically ill prisoners.

Patients are sent to the Walsh RMU, one of the state’s five in-prison medical facilities, with an array of chronic and often terminal conditions: sickle cell anemia, late-stage cancer, multiple sclerosis, Parkinson’s, and severe spinal injuries are just a few of the ailments staff treat there. Many, if not most, patients suffer from chronic, excruciating pain. Salvana, who has specialized training in both pain and addiction treatment, saw relieving pain as central to his role, and he prided himself on lessening the suffering of his patients. But in June of 2017, that mission was abruptly interrupted. The New York Department of Corrections and Community Supervision (DOCCS) introduced a new policy that made it nearly impossible to prescribe the medications patients needed most.

The “Medications With Abuse Potential” policy (MWAP), penned by former Regional Medical Director David Dinello, was ostensibly written to address the abuse of opioids behind bars as the overdose crisis raged outside of prisons, according to both DOCCS and Dinello himself. Doctors throughout the state’s prison system were instructed to fill out the “MWAP” form, which required sign-off from regional medical directors, for a laundry list of medications to be prescribed—and providers rarely got what they asked for. The list wasn’t exclusive to opioids: Imodium, Claritin, Lyrica, Neurontin, and Gabapentin, a seizure-relief medication, were restricted alongside oxycodone, percocet, and Dilaudid. Doctors from prisons across the state, including Walsh, were instructed to wean their patients off of medications on the lengthy list, and were often denied requests for medications that had long proven effective for their severely ill patients by higher-ups who never examined them.