Russia’s annexation of Crimea earlier this year is having a painful effect on the peninsula’s 806 registered heroin addicts…..

Russia’s annexation of Crimea earlier this year is having a painful effect on the peninsula’s 806 registered heroin addicts, who until the takeover were receiving opioid substitution therapies (OST), such as methadone treatment. The international community had previously commended the former Ukrainian republic for its innovative schemes, including OST and needle exchange programs, which drastically reduced drug-related crime and fatalities. Most significantly, they were also applauded for reducing HIV transmission. Since May 1, however, the region has been forced to adopt Russia’s archaic drug laws and, in turn, abandon working policies. 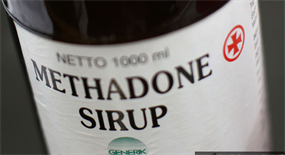 The International Aids Alliance in Ukraine reported in July that at least 20 people have died since these programs were withdrawn. Some users have fled to the mainland to continue treatment, while others, without the means to travel, have been jailed for substance abuse. From these 20 deaths, there have been at least three suicides, of which one included a patient trying to escape a Russian detox facility.

'Dozens more will die before the end of the year.'

Pavlo Skala, the program manager for the International Aids Alliance in mainland Ukraine, is currently hosting and treating 56 Crimean patients. Skala told VICE News that he expects about 70 percent of these people will have to return to Crimea as they don’t have the income or ability to stay.