When my son Damien got involved with heroin at the age of 21, I admit that I knew very little about hard drugs. It is also true that I did not know much more when he died of an overdose a year later.

His death motivated me to learn more and, at first, in my anger, I wanted to go after the dealers who had been supplying him drugs. Fortunately I realised quickly that no matter how much energy I put into trying to pursue that it was largely a waste of time and effort.

I then switched to trying to find out about drugs and drug policy and the concept of harm reduction. I was shocked to discover that people do not need to die. It is the illegality that causes the 3 main problems -- death, disease and prison.

It immediately made sense to me -- especially when I realised that this 'war on drugs' we had been pursuing for 30 years was getting us nowhere.

After starting Family Drug Support we advocated strongly for heroin prescription, enhanced methadone treatment and injecting facilities, with the aim of keeping people safe and alive. 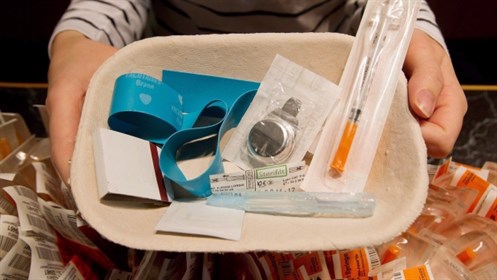 I decided to go to Europe and see first hand the facilities that I was advocating for. With the late Professor Michael Dawson I went to Switzerland to view the services and attend a harm reduction conference in Geneva. I confess that I went full of trepidation. I had determined that if what I saw was not the right policy I would be prepared to change my mind and say so publically.

What we experienced confirmed and strengthened my attitudes. The facilities were effective, unobtrusive and popular. The people running them were both compassionate and pragmatic. There were no apparent negatives. I also got to meet international experts who confirmed the harm reduction benefits.

It was therefore very disappointing to return to Australia and witness the implementation of a new 'tough on drugs' strategy using the same old war rhetoric, and at the same time we lost opportunities. We could have had a trial of prescription heroin, more injecting facilities, and taken criminal sanctions away from using drugs. The shame and stigma that users and their families still face would surely have been reduced.

The 1999 NSW Drug Summit brought the one and only successful reform -- the medically supervised injecting facility in Kings Cross, which has undoubtedly saved lives and brought other benefits. Neither major political party has been brave enough to take leadership over drugs despite many overseas successes.