The war on drugs is a war against our own children, friends and families

Imagine sitting in your home with friends, some are having a glass of wine and some are smoking a cigarette on the balcony after a calorie-laden dinner ... a loud bang and yelling at the door silences everyone as the reality hits that you are about to be arrested and charged for drinking, smoking and unhealthy eating.

A ludicrous scenario of course as what adults choose to do in their own homes that may or may not be good for their own health is surely their own choice. Now, replace the alcohol, fatty food or cigarettes with cannabis or another drug classed as illegal and all of sudden such rationality disappears. 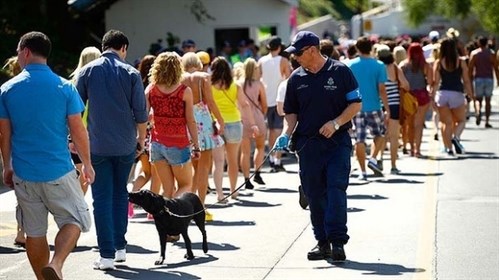 There was a time when same-sex consenting adults in their own private residences engaging in sexual behaviour were branded criminals. The harm, stigma and discrimination this created forced such laws to be abandoned.

Turn the subject to drug use and suddenly it's a war with far too many people fearful of being branded as soft on drugs. Instead they accept the war and never question its effectiveness or true cost. However, don't believe the hype about it being focused on the "Mr Bigs" – the evidence shows this is just not true. In 2014, more than 110,000 drug arrests occurred around the country, with more than 80 per cent of those arrested and charged for personal use and more than a 1000 people a week for possession of cannabis. No "Mr Bigs" here just a lot of people – generally young and poor – landed with a criminal record and all the lifelong problems that creates. As for the true monetary cost of this approach, it is staggering and can only be measured in the many billions each year.