There's an HIV epidemic among Russian people who use drugs

Today, there are an estimated 1.5 million people who have been diagnosed with HIV or AIDS in Russia, which has a population of 140 million.

MOSCOW — Max Malyshev first started using drugs as a teenager in Tver, an industrial city north of Moscow, mostly because it “was just fun,” the 39-year-old said.

He grew up in what he called a “typical Russian family,” one where the “father drinks too much” and everyone suffered in the face of an uncertain future in post-Soviet Russia.

He was looking for an escape. So, at age 16, he began injecting amphetamines and heroin.

Eventually, he moved on to “krokodil,” a locally produced, opioid-based drug nicknamed after the reptile for the skin ulcers it frequently produces that resemble scales. Malyshev spoke of the freewheeling parties he attended, where no one worried about drawing drugs from the same vial. 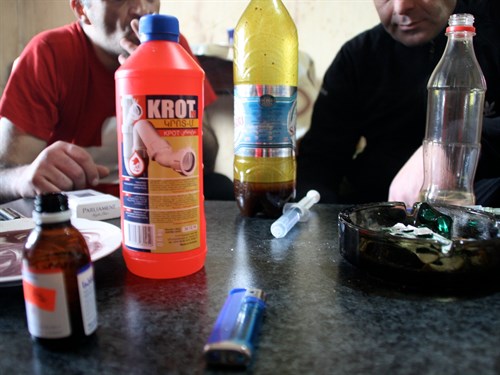 In 1997, after Malyshev was arrested for dealing drugs, the police forced him to take an HIV test, a standard government policy. His results were positive. But when he was released, he found no reason to change his lifestyle. “What option was there?” he asked. After all, as he put it, “there were barely any services available” to treat his addiction. Antiretrovirals to treat the disease funded by the government were offered to him in theory. But with a chaotic lifestyle of daily drug use, cold indifference from health-care providers who viewed him as a “junkie,” and a near total absence of addiction services, access to care for Malyshev was effectively nonexistent.