Drug use will no longer be punished, but treated in Norway. The majority in the Storting (Norwegian Parliament) aggrees on the historic transformation of Norwegian drug policy.

Drug use will no longer be punished, but treated in Norway. The majority in the Storting (Norwegian Parliament) aggrees on the historic transformation of Norwegian drug policy.

– The majority will stop punishing people who struggle, but instead give them help and treatment,” said Nicolas Wilkinson, SV’s health spokesman in the Parliament to VG.

Wilkinson says it’s a march order to the government to shift the first-line reaction to drug addicts from the courtroom to the health service. 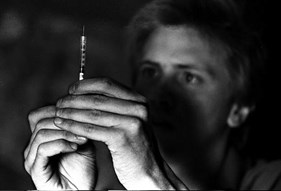 – It is important to emphasize that we do not legalize cannabis and other drugs, but we decriminalize,” said Sveinung Stensland (Høyre), deputy chairman of the Storting Health Committee.

In February, the Health Committee in the Storting will have a study trip to Portugal, which has implemented a similar reform with decriminalization.