Russia’s Harm Reductionists Are Once Again Under Attack

“They gave it a few days, but then the feds and the Cossacks got together and came down on the dealing spots. They broke arms, legs, everything.”

“It used to be that you’d be walking on your way to score, and if you’d see a policeman, you’d give them three hryvnia [about 10 cents], and they’d tell you to wrap your business up quickly because undercovers were about to bust the spot,” says Sasha, a 40-something heroin user from Crimea (formerly Ukraine). 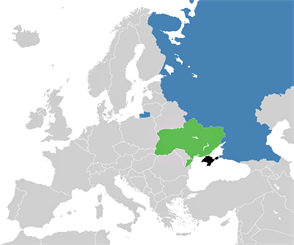 In 2014, as the Ukraine crisis erupted, “little green men” started popping up across the Crimea—a Black Sea peninsula the size of Maryland dangling off the south of Ukraine. A “referendum” was held in which 95.5 percent of the population apparently backed joining the territory up with Russia. In the political surprise of the century, Vladimir Putin later admitted that the mysterious strangers in green uniform were Russian troops.

Crimea’s history—and tensions reignited this week with the Russian capture of three Ukrainian naval vessels—is complicated. For all the international outrage, the 2014 change in power was relativelybloodless. But for one group of people, it was life-or-death.