People who are prescribed controlled substances used to treat attention deficit and hyperactivity disorders (ADD/ADHD) are facing a crippling shortage of medication—and at least some are being driven to turn to riskier street drugs to fill the void.

America is beginning—far too late and far too slowly—to get some kind of a grip on deaths and harms involving illicit fentanyl and other opioids. At the same time, meth-involved deaths and harms are increasing. To exacerbate this, people who are prescribed controlled substances used to treat attention deficit and hyperactivity disorders (ADD/ADHD) are facing a crippling shortage of medication—and at least some are being driven to turn to riskier street drugs to fill the void.

Meth and closely related chemicals have many medical uses. Amphetamine salts, best known by the brand name Adderall, are used to treat mild-to-severe ADD or ADHD, as well as chronic fatigue and symptoms of Parkinson’s disease in some cases. Much of its popularity is also as an off-label “study enhancer,” used by many college students and young professionals to work longer hours. 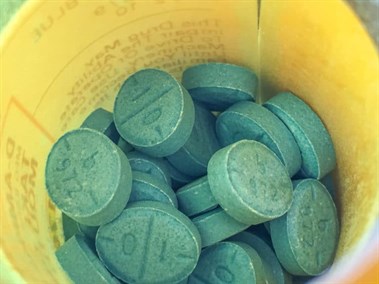 When taken as prescribed, Adderall has a stabilizing effect on people with ADD that helps them focus and “avoid getting distracted by shiny objects”⁠—as one friend used to describe my own tendency to move quickly from task to task, usually getting none of them done. I’ve taken Adderall for my ADD on-and-off for three years and have found it effective in small doses, with diminishing returns as dosages increase.

COVID-19 & people who use drugs: CV having profound effect on all health services & incr existing barriers faced by… https://t.co/pgcCsVHFXe

Global experts urge everyone to talk about COVID-19 vaccines responsibly https://t.co/Ecxqce5jCS via @BristolUni