The rate of drug-related deaths in the UK has been declared a “public health emergency” by two cross-party groups of MPs in the law few months.

In Scotland, in particular, we have seen drug deaths soar to the highest rate in Europe.

Consensus is emerging that we need to stop treating drugs as a criminal justice issue and start focusing on the right to health of people who use drugs. 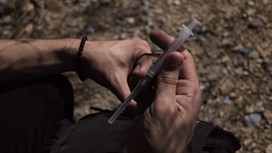 Scotland is number one in Europe for having the highest rate of drug deaths. 1,187 people died from drug-related causes in 2018.

Deaths involving cocaine in England and Wales doubled between 2015 and 2018.

“Individuals who use drugs do not forfeit their human rights … Too often, drug users suffer discrimination, are forced to accept treatment, marginalised and often harmed by approaches which over-emphasise criminalisation and punishment while underemphasising harm reduction and respect for human rights.”