Doctors in France are challenging the patent of a new and highly expensive drug for hepatitis C in an attempt to bring down the price.

Doctors in France are challenging the patent of a new and highly expensive drug for hepatitis C in an attempt to bring down the price. Sofosbuvir, costs $1,000 (£650) a pill for a 10-week course. The drug, made by the pharmaceutical multinational Gilead Sciences, is a cure for the viral infection that can lead to liver cirrhosis, cancer and death. Even for affluent countries the bill is huge. In England, approximately 160,000 people are infected while globally, between 130 million and 150 million people are estimated to be infected, according to the World Health Organisation. 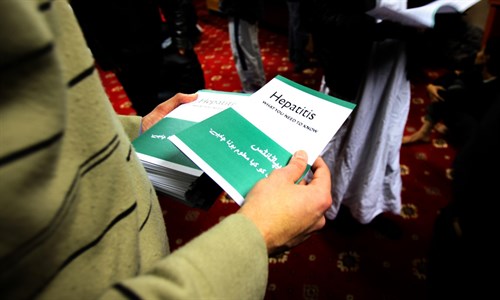 Recently, the National Institute for Health and Care Excellence (Nice) recommended that the drug should be available on the NHS, but granted NHS England a six-month delay. The bill is expected to reach £1bn for every 20,000 people treated. Médecins du Monde (MdM) , a non-governmental organisation that provides healthcare for vulnerable people around the world, is challenging Gilead’s monopoly on the drug at the European Patent Office. If it wins, generic drug companies would be able to make cheap copies of sofosbuvir. There has already been a challenge in the Indian courts on other grounds, which Gilead lost, but the company is appealing. A challenge by a medical organisation in Europe is unprecedented.