The head of the White House's drug policy office on Friday suggested Washington, DC, should be able to legalize marijuana without federal obstruction.

The head of the White House's drug policy office on Friday suggested Washington, DC, should be able to legalize marijuana without federal obstruction. 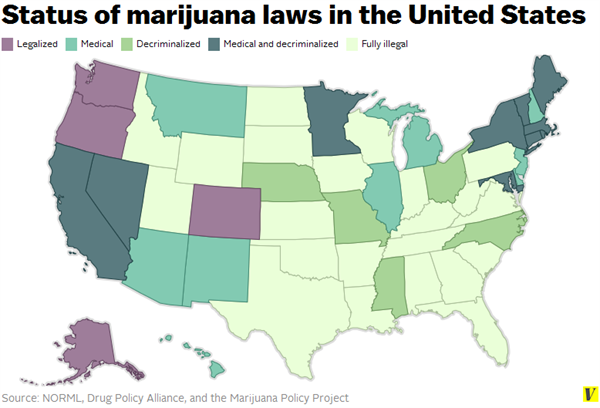 "As a resident of the District, I might not agree about legalization," Michael Botticelli, acting director of the White House Office of National Drug Control Policy, said at the Center for Strategic and International Studies, "but I do agree with our own ability to spend our own money the way that we want to do that."

The White House showed similar support for DC home rule in previous statements. But the comments from the drug czar, a position typically held by hardliners in the war on drugs, signal a significant change in the politics of US drug policy.

In November, Washington, DC, voters overwhelmingly approved legalizing the possession, growing, and gifting of marijuana in the nation's capital. The initiative is currently in front of Congress for a mandatory 30-day review period; if Congress doesn't act — as is widely expected — it could become law in DC.