New research, published by Macmillan Cancer Support on Saturday, found that one in 10 people who died with cancer in England in 2014 spent the last 48 hours of their lives without sufficient pain relief.

Macmillan estimates that, if these figures are correct, around 12,500 people across England might be spending the end of their lives in pain. The findings come from an analysis of the National Survey of Bereaved People 2014 (VOICES).

The charity is using the data to back its call for the government to address the variation in the quality of end of life care in England.

"Quite simply, in the 21st century people should not be spending their final hours in pain in this country because the support is not there," said Macmillan chief executive, Lynda Thomas. "It is tragic for the individual and distressing for family and friends who witness their loved one in pain."

She urged the government to take heed of the review of choice at the end of life, which was published last year: "The government must fund and implement the recommendations of the review; we cannot carry on with the way things are." 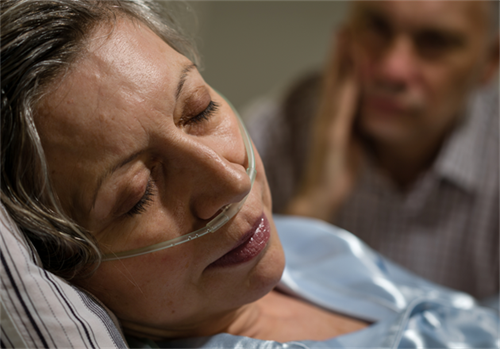 New analysis by Macmillan has also found that people with cancer who receive insufficient pain relief at home are more likely to die somewhere they do not want to be, compared to those who receive full pain relief.

A Macmillan survey of 1,019 adults living with cancer in the UK from February 2010 revealed that 73% would prefer to die at home, but figures from the Office for National Statistics show that this happened in less than a third (30%) of deaths recorded in England and Wales in 2014.

Thomas added: "The last days of someone’s life are precious and it is completely unacceptable that people lose the little control they have at this important time, simply because they are not being cared for in the way that they should.

"In many cases, family and friends are being given an unfair ultimatum: keep your loved ones at home, where they want to be, without the resources to make them comfortable, or take them to hospital against their wishes, where their pain will at least be kept under control. No one should have their last memories of a loved one defined by these sorts of impossible choices."

Representatives from two other national end of life care charities backed Macmillan’s call to the government to do more.