Putting health at the centre of the response to drugs

Palliative care advocates attending the World Health Organization Executive Board meeting in Geneva last week urged the Executive Board to put health at the centre of the response to drugs, as Board Members discussed the public health dimensions of the world drug problem.

The meeting focussed on the WHO Strategy and Action plan on Ageing, UN Sustainable Development Goals, as well as preparations for UN General Assembly Special Session on the World Drug Problem to take place in May this year.

Dr Stephen Connor, on behalf of the Worldwide Hospice Palliative Care Alliance, submitted a statement in response to agenda item 6.4: ‘Public health dimension of the world drug problem including in the context of the Special Session of the United Nations General Assembly on the World Drug Problem, to be held in 2016’. 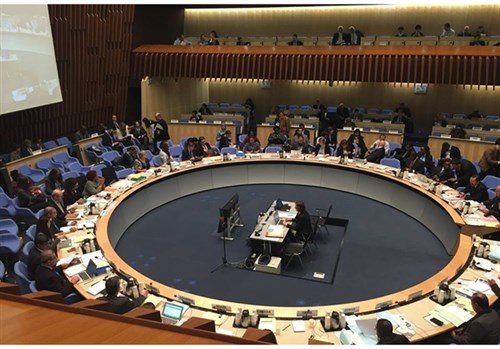 The statement, published on the World Health Organization website, noted that while the UN drug control conventions were created in order to protect the health and well-being of mankind, discussions on drugs have centred too strongly on law enforcement rather than health approaches.

Dr Connor called for WHO, the Executive Board and the World Health Assembly to weigh in on these discussions: “proactively and on an ongoing basis.”

The lack of access to controlled substances for medical purposes, especially opioid medications for pain relief, is of great concern to healthcare professionals, particularly palliative care practitioners throughout the world.