Sixteen years after Vancouver formally adopted a ‘four pillars’ approach to drug strategy, the city – and the province – finds itself in the grip of an overdose crisis, reports Andrea Woo.

17 Feb 2017
The four pillars approach to drug addiction was first implemented in Europe in the 1990s, and is based on four principals: Harm reduction, Prevention, Treatment, Enforcement
Successfully used in such cities as Geneva, Zurich, Frankfurt, and Sydney, this four pillars approach has resulted in a:
• Dramatic reduction in the number of drug users consuming drugs on the street
• Significant drop in overdose deaths
• Reduction in the infection rates for HIV and hepatitis.
More than 900 people died of illicit drug overdoses in this province last year – the highest such death toll on record. And new guidelines for treating opioid dependency – the first comprehensive provincial document and recommends against withdrawal management alone.
Melody's Story:

Melody Cooper throws a purple ball across the well-worn grass at the East Vancouver dog park, sending her dog, Squeak, bounding across the field. The Jack Russell-poodle cross is wearing a camouflage coat, pulled taut by a belly that jiggles with each bound.

“I didn’t realize how much weight he had gained until recently,” Ms. Cooper says, watching the dog from her seat on a park bench. “My mother pointed it out. She said, ‘Look at him: When he lies on his side, two of his feet are still dangling in the air.’” 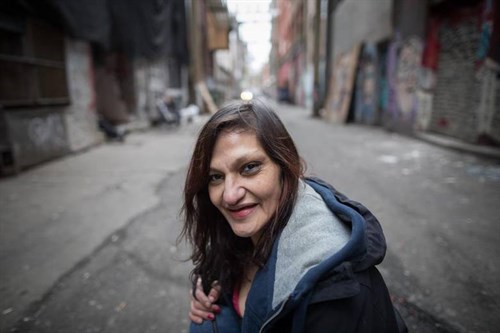 She smiles, breathing in the crisp winter air. Life these days is decidedly calmer for Ms. Cooper, who is one of just 30 people in Canada using hydromorphone to treat her long-time addiction. A recent Vancouver study found the pain medication to be an effective replacement therapy for an opioid dependency and, outside of the clinic where that study was conducted, she is the first person to receive the treatment.

It has turned her life around, she says.