Cambodia's new war on drugs aims to blunt a spike in addiction and trafficking, but critics see a publicity stunt ahead of crucial provincial elections.

Cambodia’s newly launched war on drugs is in full swing, with nearly 3,000 people arrested in the campaign’s first month of crime-busting. Authorities claim they have confiscated over 9kg of illegal drugs in busts on people who deal and use drugs, with more than half the haul being crystal methamphetamine, one of the country’s most prevalent and abused narcotics.

Prime Minister Hun Sen’s government announced the campaign in December shortly after a state visit by Philippine President Rodrigo Duterte, who has made global waves through his violent execution of an anti-drugs drive that has seen more than 7,000 deaths. 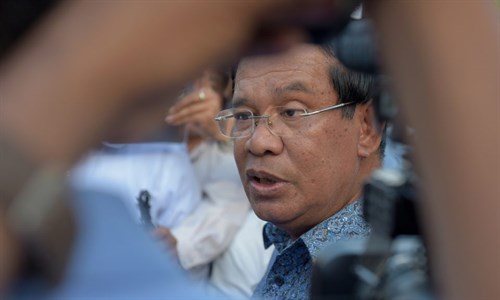 Cambodian officials have said their campaign was launched in response to a nearly 30% rise in the number of documented people who use drugs last year, according to official data.

Recent reports have given officials cause for concern. A United Nations Office on Drugs and Crime (UNODC) report issued in February 2016 said Cambodia was a growing transportation hub for the trafficking of heroin and methamphetamine produced in the Golden Triangle – the shared border area of Myanmar, Laos and northern Thailand – before being shipping elsewhere in Asia. Smugglers take advantage of routes used by human traffickers and crime groups that send illicitly cut wood out of Cambodia, the report said.