Sri Lanka will begin hanging convicted drug dealers within the next three months, its president has announced, ending a 43-year moratorium on executions as part of a crackdown inspired by the Philippines’ brutal war on drugs.

Maithripala Sirisena has been praising Rodrigo Duterte’s violent campaign against the drugs trade as an “example to the world” and flagged the possible return of the death penalty for drug dealers last July. 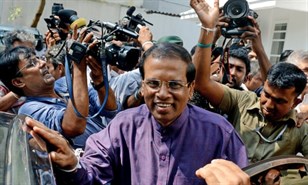 Speaking to parliament on Wednesday evening, he set the first timeline for the executions. “We need stringent laws to make a law abiding and spiritual society,” Sirisena said.

“The country is now proliferated with various drugs including marijuana, cocaine, heroin and ice.

“Come what may I will put into practice the decision I took to implement the death penalty within next two to three months,” he said.

Sirisena, an unpopular president facing a tough re-election battle in 2020, said he had been trying to finalise the death row cases for months but faced delays from his own bureaucracy and because prisoners at risk of death were filing appeals.