THE WRONG WAY TO FIGHT THE OPIOID CRISIS

People struggling with addiction who share a lethal dose of drugs are being prosecuted as killers.

Jamie Maynard’s husband, Timothy, abused drugs, and he hit her. In 2012, after four years of marriage, she left him. Jamie and her two small sons moved in with her parents, postal workers who lived west of Columbus, Ohio, in a tidy white house amid soybean fields. Jamie quit her job, at Old Navy, to work as a state-licensed dealer at the Hollywood Casino, which paid much better—nearly three thousand dollars a month, plus benefits. The Columbus press compared the casino’s façade to a “corrections center just waiting for its barbed wire fence to be installed,” but Jamie, who was twenty-three, found the place exciting.

Gamblers often sought out flamboyant dealers who tapped their tips jar and cried, “Tokes for the folks!” Jamie preferred not to be noticed. She liked working the busiest shift—from eight at night until four in the morning—partly because she was less likely to be left standing alone at a gaming table, feeling exposed. 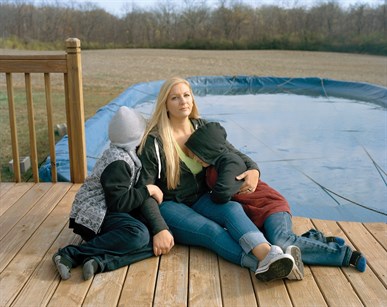 She became one of the fastest blackjack dealers on the floor, but the countless repetitive motions inflamed a rotator-cuff injury from her days playing high-school softball. A friend gave her a “perc thirty”—a black-market, thirty-milligram version of Percocet, which contains the powerful opioid oxycodone. A quarter of a pill allowed Jamie to work in comfort. It also gave her energy and confidence. Timothy had called her stupid, but in the casino job Jamie realized that she had a talent for what she called “instant math.” As her self-assurance improved, so did her tips. In the spring of 2013, she bought a used Chevy Cobalt, cranberry red. Driving it around, she played Taylor Swift on repeat.

Jamie began running a high-limits blackjack table with a fifty-dollar buy-in. She felt guilty watching her regulars risk their savings and, in some cases, lose their homes. Taking a whole perc thirty before her shift eased the discomfort of feeling like an accessory to other people’s misfortune.

In high school, Jamie had smoked marijuana, and at parties someone had always offered pills, including the catastrophically addictive opioid Oxycontin, which Purdue Pharma began marketing aggressively in 1996, when she was seven. Mixing an opioid with the sedative Xanax was said to offer a “Cadillac high.” By the time Jamie started at the casino, opioids were more abundant in Ohio than almost anywhere in the United States. According to Drug Enforcement Administration data analyzed by the Washington Post, between 2006 and 2012 more than four hundred and twenty-five million pills were shipped to residents of Franklin County, which includes Columbus, and nearby Madison County, where Jamie lived.