The government revealed Sydney’s remaining lockout laws will be axed next month and restrictions on Kings Cross lifted to allow venues to open beyond 1.30am.

NSW Customer Service Minister Victor Dominello on Tuesday said he wanted the precinct to be a place for bars and restaurants, where families came to enjoy themselves. 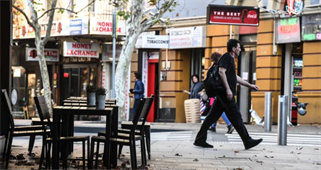 MSIC’s medical director, Marianne Jauncey said the service had been operating successfully in Kings Cross for almost 20 years and its clients were part of the “heart and soul” of the area.

“During that time, it has saved countless lives, helped reduce public drug use and made the streets cleaner and safer,” Dr Jauncey said, adding that most residents and businesses were grateful for the service.

A spokesman for St Vincent’s Hospital said the injecting centre had prevented many overdoses and the hospital had heard no convincing argument or evidence for it to be moved.

The move has been celebrated by local hospitality operators who hope the relaxed rules will breathe new life into the strip. However Kings Cross Liquor Accord coordinator Doug Grand said the “elephant in the room” was the injecting centre, saying it continued to be one of the biggest hurdles facing local operators.

Multiple other business operators hoping for the precinct’s revival have expressed their desire for the longrunning healthcare facility to be moved.

In a 2019 submission to a NSW parliamentary committee on the night-time economy, the accord said it was time to review the centre’s location in light of the increasingly diverse local economy and the changing nature of the service’s clientele.

A NSW Health spokesperson said a 2016 statutory review concluded that due to significant ongoing need in the area, the current location for the centre was appropriate.

On Tuesday, Mr Grand, who acknowledged the facility’s vital work, said that if the government wanted to attract people to small bars and restaurants in the area, the centre should be relocated.