A bipartisan group of lawmakers is calling on President Biden to let more physicians prescribe an opioid-treatment drug, in what has emerged as an early test of his administration’s opioid strategy. 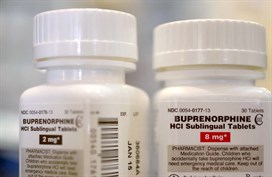 The effort centers on the “X-waiver,” a two-decade-old requirement, first mandated by Congress, that physicians undergo a day’s training before being allowed to prescribe buprenorphine for opioid-use disorder. Biden had criticized the prescribing rules as unnecessary last year and vowed to lift them if elected. But his administration instead preserved the rules last month by halting a last-minute Trump administration plan intended as a workaround, frustrating doctors and public health groups that say the rules are slowing the response to the nation’s worsening opioid crisis. The administration said the Trump plan was premature.

Now, lawmakers — led by Sens. Maggie Hassan (D-N.H.) and Lisa Murkowski (R-Alaska), who are joined by four members in the House — are reintroducing legislation that would eliminate the rules and urging the president to support the bill, calling on Biden to “deliver on your promise to expand access to medication-assisted treatment” in a letter shared with The Washington Post.