Four laws that are devastating public health in Uganda

The Narcotic Drugs and Psychotropic Substances (Control) Bill passed in Uganda in November, also known as the Narcotics Law, is a draconian piece of legislation, aiming to deter drug use by imposing inhumanely long prison sentences.

On November 20, Uganda’s parliament passed the Narcotic Drugs and Psychotropic Substances (Control) Bill, also known as the Narcotics Law. A draconian piece of legislation, the law purports to deter drug abuse by imposing inhumanely long prison sentences—a conviction for simple possession can land a person in a cell for 25 years. 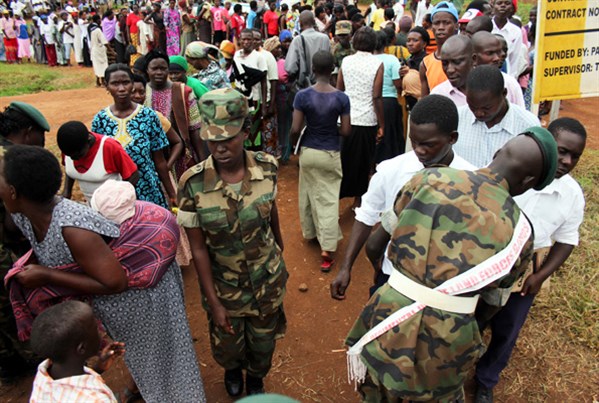 The Narcotics Law is the fourth in a disturbing series of laws passed in the last 12 months, all of which defy public health principles and show blatant disregard for dignity and human rights.

These laws target individuals who are already marginalized by society and most in need of health services and support: people who sell sex to make ends meet for their families; LGBTI people living in fear of community violence; people hiding their HIV medication from their own families; and people struggling to manage drug dependence and other illnesses. Perhaps most harmful of all, parts of Ugandan society are interpreting these laws to justify violence and exclusion.

Taken together, these four laws amount to a full-fledged assault on public health and, if implemented, will result in rampant misuse of imprisonment.

Uganda’s HIV Law criminalizes transmission and “attempted transmission” of HIV. From a legal perspective, the law’s broad language makes it particularly dangerous. Just about anyone who is HIV-positive can be accused of attempting to transmit HIV—an accusation that could get a person fired, evicted, or bludgeoned by a vigilante group.

From a public health perspective, decades of work on HIV shows that criminalization deters people from getting tested because they think that if they don’t know their status, they can’t be accused of transmitting HIV.

Uganda’s latest legislative blow to public health, the Narcotics Law penalizes possession of illicit drugs with 10 to 25 years in prison. Trafficking—which encompasses everything from small sales to international export—is punishable with a life sentence. Even those who never come across an illicit substance can find themselves ensnared.

The law goes so far as to levy a five-year prison sentence for failure to disclose prior prescriptions for narcotic drugs or psychotropic substances (including those held for pets and farm animals) when receiving a new prescription. Punitive laws like this push people away from health and social services that are vital to managing drug dependence, preventing transmission of HIV, and supporting people to live full and productive lives.

“Drug use in Uganda is on the rise. We need an open environment in which we can share information and talk about addiction,” said a representative of the Uganda Harm Reduction Network. “By further criminalizing drug use, this law pushes people into the shadows. People are afraid to talk and afraid to seek much-needed medical help because the government has now definitively positioned drug use as a justice issue, rather than a health issue.”