In Hungary - an EU member state that is not eligible to receive Global Fund money - lack of political and financial support led to the closure of the largest needle and syringe program.

At the national harm reduction conference in Budapest,  presenters from Greece, Romania and Hungary reported that there are similar problems and challenges in relation to injecting drug use in Southern-Central Europe, but there are huge differences between government responses. Lack of political leadership is leading to growing HIV and hepatitis C infections among drug users all over the region. 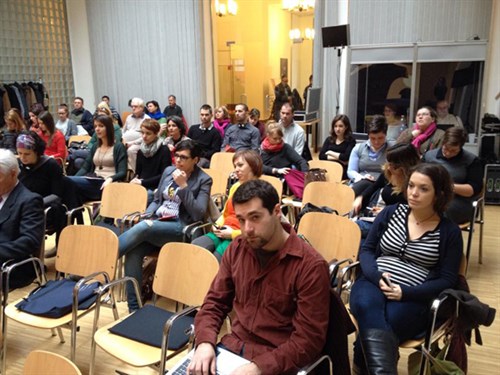 In Budapest, on December 16, at the national harm reduction conference organised by the HCLU, a number of service providers, activists, law enforcement professionals, and researchers gathered to discuss the key challenges lying ahead for harm reduction.

The opening speech pointed out that there is a global funding crisis within harm reduction: the UN estimates that 2.3 billion USD are needed to fund HIV prevention programs among injecting drug users, but only 160 million USD are actually being spent. International donors are retreating from middle-income countries, where most IDUs live, and national governments are not providing adequate funding for harm reduction programs. The consequences are obvious: life-saving services are being shut down, access to existing services is restricted, and the risk of blood-born infections is growing.

In Hungary - an EU member state that is not eligible to receive Global Fund money - lack of political and financial support led to the closure of the largest needle and syringe program, and other NSPs are in danger too. This happened in a neighbourhood where eight out of ten IDUs are living with the hepatitis C virus, and new HIV transmissions have been reported as well.

While Hungarian government regulations require NSPs to employ at least 3 full-time and 1 part-time professionals, the annual core grant (appr. 25.000 USD) for these programs is not even enough to pay the salaries of these employees, not to mention growing overhead and equipment costs. Therefore NGOs submitted a proposal for a new progressive funding mechanism for harm reduction programs - suggesting an increase in the core grant, to 50.000 USD, and provision of additional funds for supplementary services, such as drop-in, as well as for supply of good-quality needles and syringes.