It took decades for HIV/Aids drugs to reach the world's poorest – history must not be repeated with hepatitis C treatments.

A public health showdown is brewing over a virus that affects the lives of millions of people every year. The face-off will involve activists on one side and pharmaceutical companies on the other. It will play out in the richest cities in North America and the poorest countries in Africa. The viral scourge at the centre of this brewing confrontation is spread through blood-to-blood contact, but is treatable with expensive medicines.

This scenario may remind some of the decades-long struggle to obtain access to life-saving medicines for HIV and Aids. But here we are talking about another public health threat: hepatitis C. 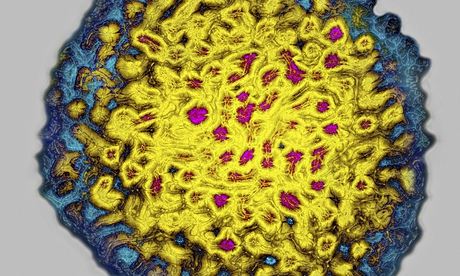 An estimated 150-180 million people worldwide are infected with hepatitis C, and up to 500,000 die every year. The virus attacks the liver, yet the vast majority of people are unaware they are infected because the initial stages have no symptoms. It is the long-term effects that can be the most devastating: cirrhosis, liver cancer and liver failure.

But battle lines are being drawn over the cost of the treatments. Two products were approved by the US Food and Drug Administration recently, including the first pill that does not require a complementary injection. The pill, sofosbuvir, costs $84,000 (£50,370) for a 12-week course. Echoing the concerns of HIV activists who demanded cheaper treatment, protesters point out that such prices will keep hepatitis C drugs beyond the reach of those in need.

The similarities with HIV and Aids do not stop there. Hepatitis C is a leading cause of death for people with HIV. Approximately 5.5 million people have both diseases, so just as people with HIV are living longer thanks to powerful medicines, some are being struck down by hepatitis C.

A decade ago, the high price of HIV treatment meant that access was limited in developing countries. Today, almost 10 million people in low- and middle-income countries are able to receive life-saving HIV medicines, thanks to generic competition slashing prices from $10,000 in the mid-1990s to just $140 a year. The success in providing HIV treatment to the world's poorest people can pave the way to ending hepatitis C.