India's patent office has rejected an application from U.S.-based Gilead Sciences Inc for its hepatitis C drug Sovaldi, paving the way for local drugmakers to launch cheaper generic versions of the $1,000-a-pill medicine.

India's patent office has rejected an application from U.S.-based Gilead Sciences Inc for its hepatitis C drug Sovaldi, paving the way for local drugmakers to launch cheaper generic versions of the $1,000-a-pill medicine. 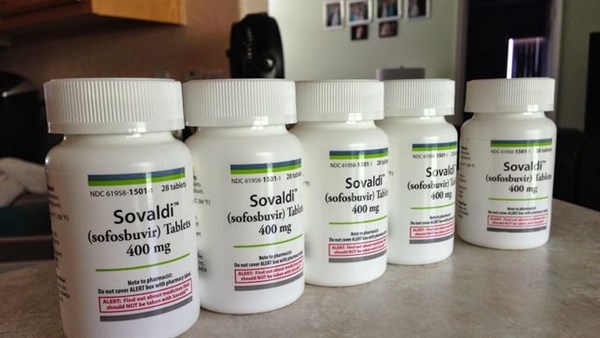 The application had been opposed by Indian generic drugmaker Natco Pharma Ltd and New York-based Initiative for Medicines, Access & Knowledge (I-MAK) on the grounds that the drug, chemically called sofosbuvir, is not inventive enough compared with a previous formulation, according to patent office order documents seen by Reuters on Wednesday.

India's patent laws allow a third party to dispute the validity of a pending patent application. The patent office's order said Gilead's request for Sovaldi, which is normally given for either three or six months and costs $84,000 for a 12-week course in the United States, was rejected on the basis that "minor changes in the molecule" did not improve efficacy of the drug.

The rejection will allow the Indian generic companies to make and sell versions of the drug in country where a majority of people live on less than $2 a day and health insurance is scarce. Gilead could not immediately be reached for comment. Natco Chief Executive Rajeev Nannapaneni was not available outside regular Indian business hours.