United Nations envoy says those on substitution therapy in annexed Crimea could face death after Russia made it illegal.

As many as 100 drug users in Crimea may have died since the peninsula was annexed by Russia, according to a top UN official, due to fact that the “substitution therapy” they were receiving from Ukrainian authorities being illegal under Russian law. 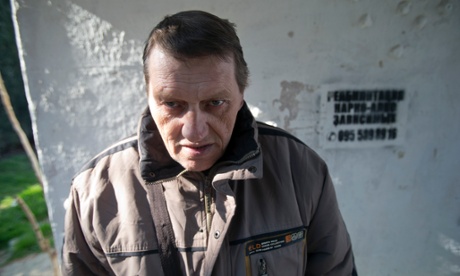 Of 800 Crimean users who were on programmes using methadone or Buprenorphine, experts believe at least 10% have died, according to Michel Kazatchkine, the UN’s special envoy for HIV/Aids in the region. Reliable data from Russian authorities is hard to come by, but local rights activists believe the 10% figure is a conservative estimate. The deaths are “mostly overdoses or suicide” said Kazatchkine.

The idea behind the programmes is to provide those addicted to heroin or other opiates with a safe way to take drugs, which does not involve injecting and thus reducing the risk of transmitting HIV and other diseases. It also decriminalises drug users, giving them the chance to begin a normal life. Legal in most countries, Ukraine has scaled up programmes using the drugs methadone and Buprenorphine, since pilot projects began in 2005.

At the start of last year, there were about 8,700 Ukrainians on substitution therapy, including some 800 in Crimea, says Pavlo Skala of the HIV Alliance in Kiev. However, substitution therapy is strictly illegal in Russia, where authorities say it does not work.