More than a million Russians are now HIV-positive, as rates of infection in the country reach an all-time high and 70 per cent of these victims have no access to medication.

Vadim Pokrovsky, the head of the Russian state Aids centre and an outspoken critic of the Kremlin's conservative health policies, told Reuters that at at least 1 million and possibly as many as 1.5 million Russians were now HIV-positive.

This means that a little over 1 per cent of Russia's 144,000,000 inhabitants now test positive for the virus, meaning that Russia has more cases of HIV per person than any other European country, save Estonia. By way of contrast, there are only around 100,000 individuals in the UK living with HIV.

“The epidemic is gathering strength," Mr Pokrovsky added. "Unfortunately, the measures that have been taken have clearly not been enough.” 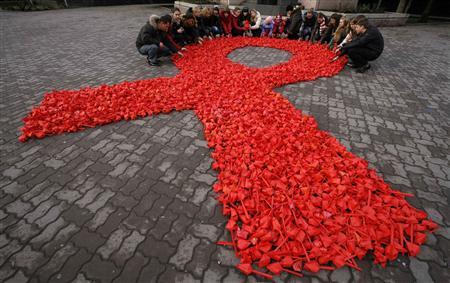 57 per cent of Russians infected with the virus acquired it through drug use, with around 20 per cent of the country's large number of known drug users testing positive for the disease. Russia has the largest number of intravenous drug users in the world – 1.8 million of them, according to a 2012 Lancet study.

Only around 30 per cent of Russians diagnosed with HIV currently receive the antriretroviral medication that their bodies need to stop the virus from multiplying.