A Mother And Son Must Drive Across Three States For What Should Be A Common Addiction Treatment.

It’s just after 5 a.m. on a Monday in November. Toby Fischer, a 31-year-old construction worker, has to get from his home on the outskirts of Rapid City, South Dakota, to Fort Collins, Colorado — some 350 miles away — and he has to get there by noon. He’s wearing a Kangol hat, jeans, a T-shirt and, for warmth, a hoodie and a jacket. Outside, it’s in the teens and only going to get colder.

The streets in town are empty, and the only noise is the truck’s wheels parting the slush. Some of the traffic signals have been turned off, and Fischer is impatient with the few that are operating. Anxiety is his natural resting state. “Is this light ever going to turn green, or are we stuck here forever?” he says at one intersection.

While he waits, the Kmart across the street sparks a memory. Fischer used to shoot up heroin in the parking lot. “This is all my old stomping grounds,” he says half in awe, half in anger at his former self. “I used to drive up and down this road a thousand times a night.” 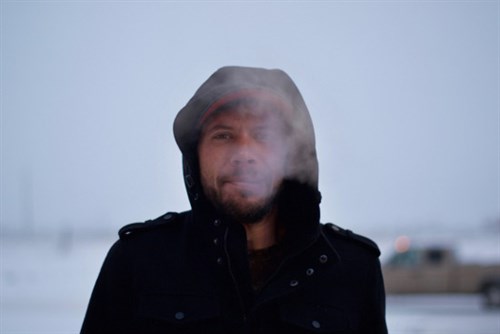 Fischer has already checked the weather conditions for the route across the plains of South Dakota, Wyoming and Colorado. Overcast, so not too bad. Snow and high winds are always a possibility. He is more worried, though, about keeping his new job building houses. The pay is decent, and there’s the promise of moving up, maybe becoming a foreman someday. He thinks he’s shown the boss that he can be relied on. But when Fischer called to remind his boss that he wouldn’t be coming in today, he sensed unease on the other end of the line.

“I knew he wasn’t very happy about it,” Fischer says. “The last question he asked me was just about how often I had to go. I was honest about it. I just don’t see the point of lying.”

Fischer is going to an opioid addiction treatment clinic. In Fort Collins, a doctor will meet with him for a half hour and write him a prescription for a month’s supply of buprenorphine, a medication that blunts his cravings for heroin and other short-acting opioids. Fischer has spent a dozen or so years dealing with his addiction. He’d tried 12-step and abstinence-only programs three times, but each attempt at recovery had ended in relapse.

The public health establishment, including the National Institute on Drug Abuse and the World Health Organization, has said that medications like buprenorphine (and methadone), when coupled with counseling, give people with opioid addiction the best odds for recovery. Buprenorphine is also more difficult to misuse than heroin. The synthetic opioid is what’s known as a partial agonist — meaning there’s a limit to how much the medication can affect people who use it.