Reasons for drug policy reform: people who use drugs are denied evidence based treatment

Why is eastern Europe the only region in the world that still has a growing HIV epidemic?1 In one of the region’s countries, Russia, more than two thirds of all HIV infections, and 55% of the near 100 000 new infections reported last year, resulted from drug injection.

Some 3.2 million people in eastern Europe inject drugs, and about 1.5 million of them are in Russia. In 2007 the number of newly reported HIV cases among Russian people who inject drugs (12 538) was similar to the number in the rest of eastern Europe (12 026). But since then the numbers have diverged hugely. 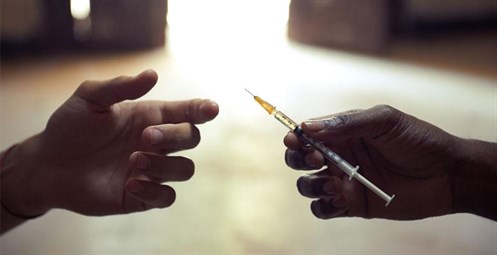 Scaling up of harm reduction programmes in several countries coincided with a stabilising of HIV rates—and fewer than 7000 new cases outside Russia in 2014. In Russia, however, where access to sterile needles and syringes is low and opioid substitutes remain illegal and unavailable, the number of people who inject drugs newly infected with HIV climbed to nearly 22 500 in 2014.