Widespread rejection of proven addiction medications is the single biggest obstacle to ending the overdose epidemic.

Before Joe Thompson switched treatments for his opioid addiction, he was a devoted stay-at-home father, caring for his infant son after his wife returned to work. His recovery was aided by the anticraving medication buprenorphine. But after over two years free of heroin, Mr. Thompson, a former United Parcel Service worker from Iowa, relapsed and decided to try another kind of treatment program. 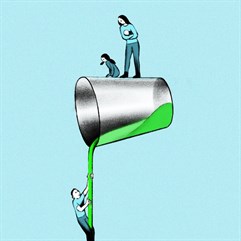 Unfortunately, his new counselors insisted that continuing his buprenorphine, though it was approved by the Food and Drug Administration, was just as bad as using heroin, according to his wife, Deborah. He wasn’t even allowed to start therapy until he’d been abstinent for several weeks. Stressed by withdrawal, he went to a third center. It, too, banned medication. Within a week of entering the program, he was dead from a heroin overdose. He was 35.