Afghanistan: How does the Taliban make money?

There are indications that the US is planning a significant withdrawal of its troops from Afghanistan.

American troops are in the country to support the Afghan government's fight against the Taliban and other militant groups.

The Taliban, the main insurgent group in Afghanistan with an estimated 60,000 fighters, now controls more territory in Afghanistan than at any point since its removal from power by the US-led coalition in 2001.

Despite continued US military and financial support for the government in Kabul, the conflict has become both more intense and more complicated. 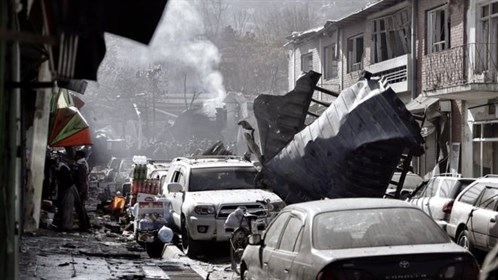 Maintaining this level of insurgency requires a great deal of funding, from sources both within and outside the country.

So how does the Taliban support itself?

How wealthy is the Taliban?

The Taliban ruled Afghanistan from 1996 to 2001, imposing a strict version of Sharia law.

Since its fall from power, it has maintained a long-running insurgency across the country.

Tracking flows of funding is often a matter of informed guesswork and the secretive militant organisation does not publish accounts.

But BBC interviews carried out inside Afghanistan and abroad indicate the group is running a sophisticated financial network and taxation system to pay for insurgent operations.