The Futile Cruelty of the US-Led Drug War in Afghanistan⁠—What Now?

A report published last month by the Washington Post confirmed what many already knew about the war on opium in Afghanistan: A staggering, costly failure.

What we also long suspected has now been confirmed by declassified documents: Three American presidents, the US military and the Drug Enforcement Administration (DEA) knew the drug war was a complete boondoogle but continually lied. 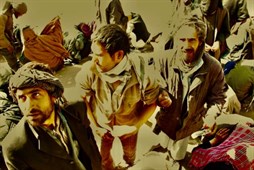 The Afghanistan Papers: A secret history of the war⁠

Year after year, the American public was falsely told that strategies to eradicate poppy, destroy drug-producing labs and curb Afghan drug use were making progress.

One image that encapsulates the utter futility of the drug war in Afghanistan is a photo of US Marines dropping three 1,000-pound bombs on 1600 bags of poppy seeds. Those bombs cost a lot of money. According to John F. Sopko, the US Special Inspector General for the Reconstruction of Afghanistan (SIGAR), from 2002 through 2017 the US government spent a whopping $8.62 billion on counternarcotics operations.

It isn’t just the US. British counternarcotics agencies naively believed that they could reduce poppy cultivation by 70 percent in five years and eliminate the crop altogether in 10 years. Their Operation Drownoffered a one-time payment to farmers whose poppy crops were destroyed. A similar attempt was made by the United States Agency for International Development (USAID), which gave millions to farmers to grow alternative crops like wheat, saffron or pomegranates.

Whether bombs or cash were used, it’s all reminiscent of the United Nations slogan first proclaimed in 1998: “A drug-free world—We can do it!”

We didn’t do it. For all those counternarcotics billions, Afghanistan retains its position as the largest opium producer in the world. In 2017, poppy cultivation and opium production reached record levels.