The Biden Administration and Drug Policy: Expectation Versus Reality

As President Joe Biden replaces President Trump, advocates are balancing hope with more realistic expectations about how much progress the new administration is willing to make over the next four years.

For decades, Biden’s record on drug policy and harm reduction has been fraught. His current platform indicates that while he’s been at times responsive to public pressure to update his stances, he remains largely rooted in regressive policies that stop far short of meaningful reform. 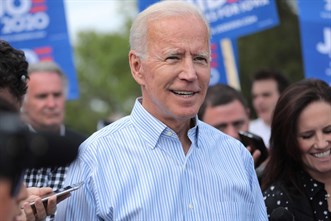 In a letter to Biden’s transition team last week, 212 harm reduction and health care organizations across the country called on his administration to take strong action on the drug war and the overdose crisis in its first 100 days. Whether he will be responsive remains to be seen.

Here are the measures Biden could take in key areas of drug policy reform—and what experts in the field believe will play out in reality.Safe Consumption Sites

It will be within Biden’s discretion to instruct the Department of Justice to withdraw from the litigation currently challenging the operation of safe consumption sites (SCS) in the United States.

“That’s something that the Trump administration was active on, right? Safehouse was a result of that,” said Maritza Perez, director of the Office of National Affairs at the Drug Policy Alliance*. “We want him to ask the DOJ to be hands-off when it comes to [SCS]. I think that’s going to be something we’re going to have to do some more education on, just given his background.”