Parolees With Opioid Addiction Need Choices, Not a Naltrexone-Only Policy

Across the United States, people with opioid addiction who are on parole aren’t getting the right medication

In many cases, they might not get any medicine to help them deal with withdrawal or give them a safe alternative to the adulterated illicit supply. In others, courts will preferentially prescribe one drug over another, sometimes ignoring the recommendation of a parolee’s health care provider.

Like other people with opioid use disorder, current and future parolees are often prescribed one of three drugs: methadone, buprenorphine or naltrexone (brand name: Vivitrol). The first two medications are full and partial opioid agonists, respectively; they bind to the opioid receptors in the brain. Naltrexone, meanwhile, is an antagonist and does the opposite: It functionally blocks off the opioid receptors and prevents a person from getting high. 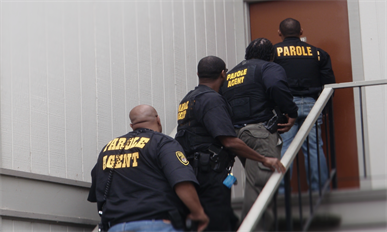 Massachusetts was requiring some people to take naltrexone as a condition of their parole—sometimes against their doctors’ recommendations.

Amelia Caramadre, a legal fellow with the Health in Justice in Action Lab, noted that opioid agonists are often stigmatized because some believe that they are just replacing one “narcotic” with another. Yet naltrexone comes with a slew of substantive issues.

In December, a court case in Massachusetts highlighted this issue. The Massachusetts Parole Board was requiring some people to take naltrexone as a condition of their parole—sometimes against their doctors’ recommendations on the matter. Under this blanket policy, the Board allegedly failed to conduct individual assessments to see if the antagonist would work for each person, or to consider whether methadone or buprenorphine might be a better fit.