The women filling jails in Argentina for drug offences

Nearly half the female prisoners in Argentina are serving time for drug possession. Photographer Magalí Druscovich visited the Unit 47 prison in Buenos Aires to find out their stories

Paola left her home when she was 13 to escape abuse and violence. She lived on the streets for five years until she became pregnant. Her boyfriend left her when he found out. Without work and food, Paola agreed to deal drugs for a neighbourhood kingpin. 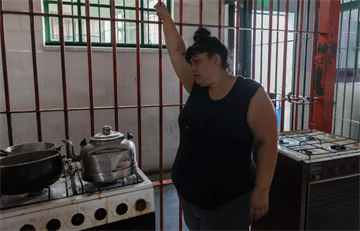 She only had to deliver the drugs when her boss’s clients appeared on a street corner. With the money she made in the first few months, she was able to rent a room and live there with her newborn son. With a new partner and her family’s basic needs covered she felt she could abandon her dealer job.

In Argentina 43% of female prisoners are serving time for drug possession, according to the Ministry of Justice and Human Rights. It is, by far, the leading cause of imprisonment for women in Argentina. As a comparison, the second leading cause of incarceration – theft – represents only 9% of convictions. 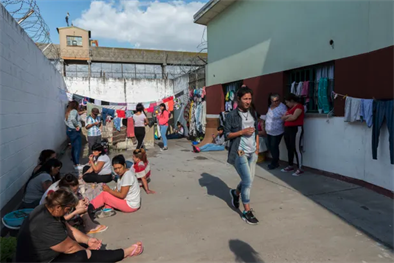 A pattern is developing in Latin America: aggressive drug policies are filling the region’s prisons with women, many of whom are forced into the drug business because they have no other alternatives to support their families.