UNAIDS warns that after significant reductions, declines in new HIV infections among adults have stalled and are rising in some regions 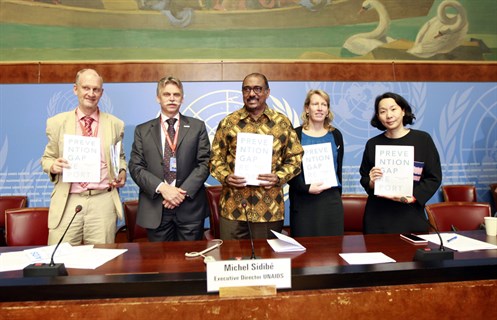 The Prevention gap report shows that an estimated 1.9 million adults have become infected with HIV every year for at least the past five years and that new HIV infections among adults are rising in some regions. ThePrevention gap report gives the clear message that HIV prevention efforts need to be increased in order to stay on the Fast-Track to ending AIDS by 2030.

“We are sounding the alarm,” said Michel Sidibé, Executive Director of UNAIDS. “The power of prevention is not being realized. If there is a resurgence in new HIV infections now, the epidemic will become impossible to control. The world needs to take urgent and immediate action to close the prevention gap.”