A web of firms ramped up narcotic painkiller sales, creating the biggest drug epidemic in American history as profits surged.

As Oklahoma’s attorney general, Mike Hunter laid out his indictment against one of the biggest corporations in America, he made a point of saying that he was not hostile to big business.

“The fact that I am a Republican, a conservative and a believer in capitalism and the marketplace does not require me to turn a blind eye when corporations hurt people,” Hunter told a state court.

When a politician who once worked for the banking industry’s lobby arm, and who sided with oil companies against environmental regulations, is not only suing a multinational for $17bn but accusing it of killing people, something has gone awry. 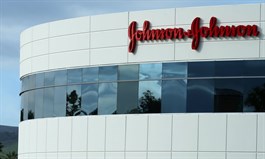 Last week, Hunter wrapped up a two-month long trial of the pharmaceutical giant Johnson & Johnson that shed new light on the extent of the pharmaceutical industry’s complicity in driving the US opioid crisis, which has claimed more than 400,000 lives. Oklahoma’s attorney general accused the company of a “cunning, cynical and deceitful scheme” to ramp up narcotic painkiller sales as one of a web of firms that created the biggest drug epidemic in American history as profits surged. The companies worked in step to change medical culture and practice by influencing doctors, researchers, federal regulators and politicians.

Some of the companies are immediately recognisable to the American public, such as high street chains Walmart and CVS. Others are not well known outside the business world even if they count among the biggest corporations in the country, including the drug distributor McKesson, whose CEO was the highest paid executive in the US as opioid deliveries reached their peak. They all raked in huge profits from a country awash in narcotic painkillers.

Keep ’em comin’! Flyin’ out of there. It’s like people are addicted to these things or something. Oh, wait, people are…Steve Cochrane, a sales executive at KeySource Medical

The same Ohio court later released a batch of emails that are shocking in their callous disregard for the human cost of the surging epidemic.