A look at how Switzerland radically and successfully changed its approach to drug policy following a heroin epidemic in the late 1980s and 90s, and what the effort teaches us about the social innovation process.

In 1961, the United Nations adopted the Single Convention on Narcotic Drugs, a treaty aimed at combatting drug abuse through coordinated international action. The accord seeks to prohibit the use, trade, and production of certain drugs except for medical and scientific purposes, and to combat drug trafficking. Yet despite efforts like this, failed interventions and policies, as well as human rights violations related to drug use, have continued to stand in the way of progress at the local, national, and global levels. We have much more to do to confront the many harms that drugs inflict on health, development, peace, and security, in all regions of the world. 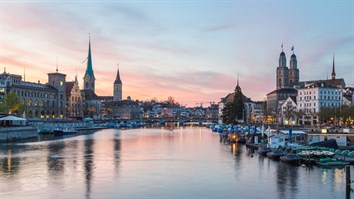 Still, there have been some wins along the way—including in Switzerland. Between 1991 and 2010, overdose deaths in the country decreased by 50 percent, HIV infections decreased by 65 percent, and new heroin users decreased by 80 percent. Today, the so-called “four-pillar model” that guides Swiss drug policy—prevention, treatment, harm reduction, and law enforcement—is internationally recognized as a major step in redefining how to tackle narcotic drugs.